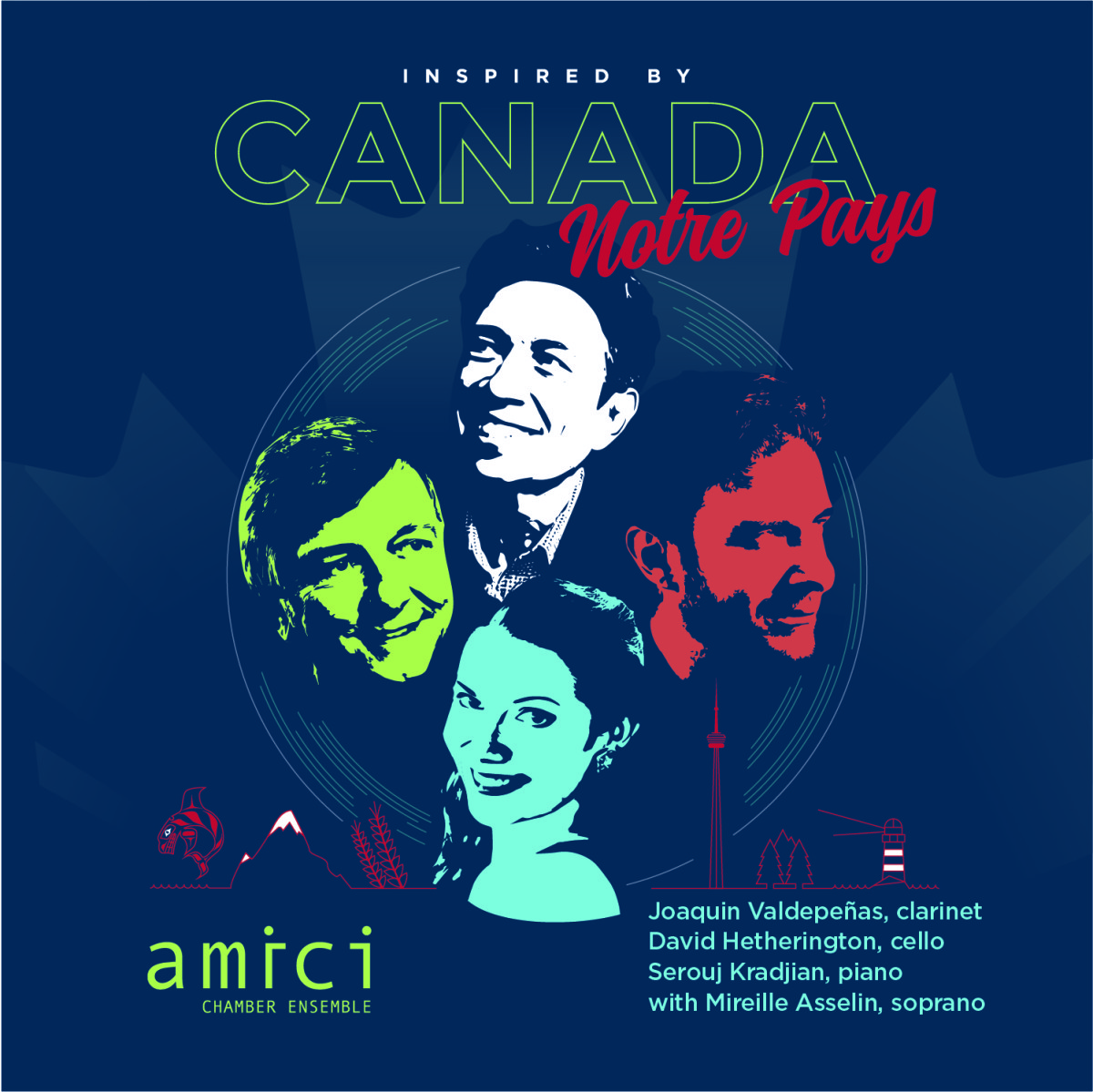 Marquis Records and Amici Chamber Ensemble are proud to release Amici’s newest recording Inspired by Canada/ Notre Pays. Featuring Canadian soprano Mireille Asselin performing an eclectic mix of musical gems which capture the spirit of Canada, including hits by the best ambassadors of Canadian song such as Leonard Cohen, Joni Mitchell and Claude Léveillée, in new arrangements by Serouj Kradjian.

“We realized that a lot of the material we were drawn to was Canadian – and what better time than during Canada 150 to delve into a project that was more focused on our own musical heritage? We spent hours at the library digging through the stacks, listening to old recordings of chansonniers and folksingers, probing our own memories for important musical touchstones, and in the studio comparing notes and hashing out ideas. In the end, we distilled our list down to the material that spoke to us the most both musically and emotionally. The end result really feels like a labour of love!” – Mireille Asselin