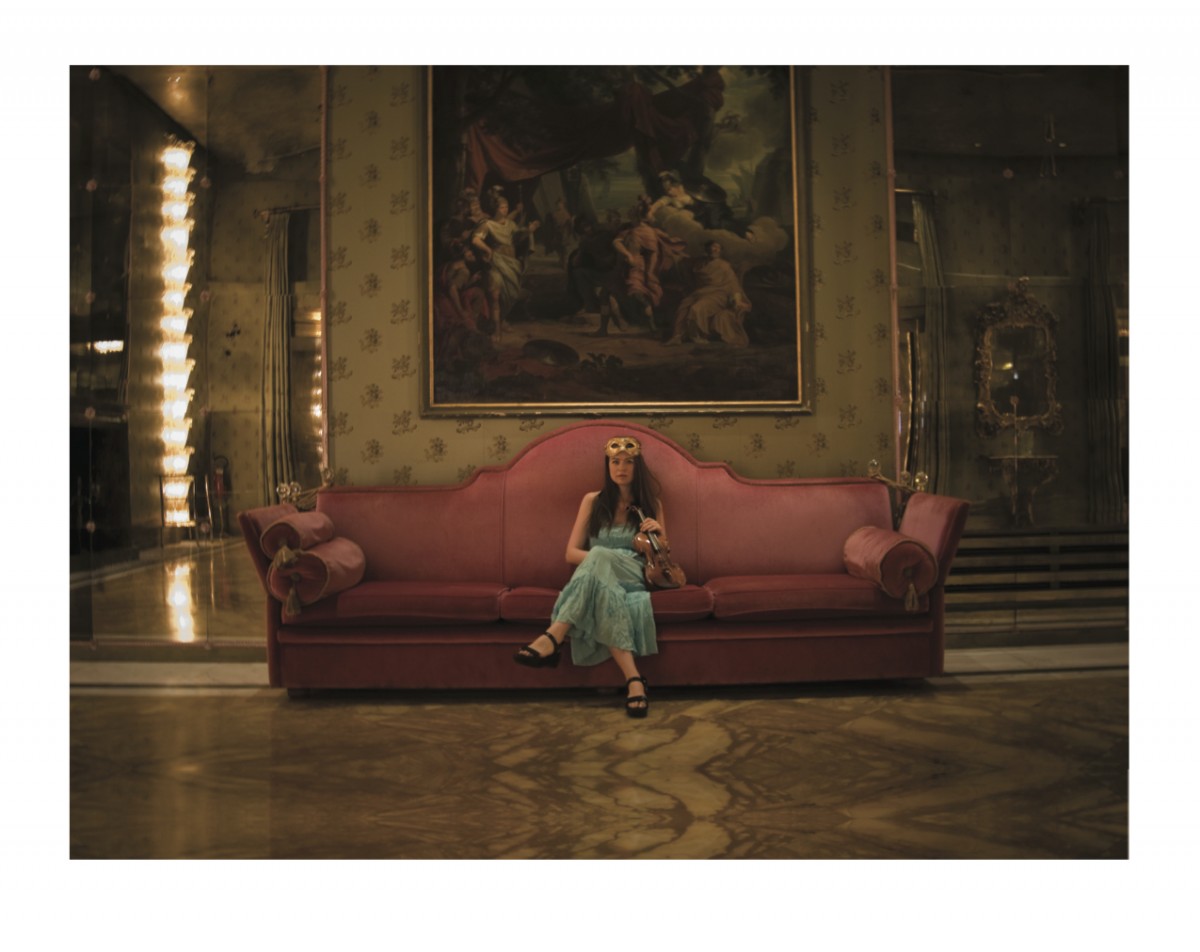 I had just done a show with San Francisco Symphony when Marie-Pierre Langlamet asked me to come up to Vancouver to be part of her International Harp Congress recital and play the Bach E Major with her. It was the summer of 2011, we had done the Bach Sonatas recording a few months earlier – and, I could visit friends! So up I went.

I was astonished by the amount of harp players in one hotel – pretty much everywhere one went, there were either harps, harpists or harp-hawkers.

A bit bored, as the lone violinist in a sea of harpists, I put out a call via Facebook: ‘What is the noun of assemblage for harpists??’. I got all sorts of lovely answers – mostly quite sweet – like “a harmony”…”a paradise”……

but it turns out the real answer is  – a melody. A melody of harpists.

When Marie-Pierre broke a string just before we began, I decided to tell my harpist story to the harpist-filled audience about my favourite answer, as she was changing it. Someone had had the audacious answer of ‘clusterpluck’, which is, evidently, the best possible noun of assemblage for harpists. A triple pun! Now, how often does that happen.

“…’cluster pluck’, which is, evidently, the best possible noun of assemblage for harpists…”

I was all excited about my awesome joke – so much so that I laughed uproariously at it myself – but it turned out that just about everyone in the audience was foreign (even Marie-Pierre wasn’t entirely sure what I was talking about), so, folks just kind of stared at me in a slightly concerned manner.

I still think it’s the best pun ever though.

Toru Takemitsu
And then I knew ‘twas wind